Valeria Esquivel is research coordinator for Gender and Development at UNRISD, the United Nations Research Institute for Social Development. Before joining UNRISD in 2014, she was associate professor of economics at the Universidad Nacional de General Sarmiento, and researcher, National Research Council (CONICET). An internationally recognized feminist economist, Esquivel’s academic work cuts across the fields of labor markets and social policy, notably on issues of unpaid work, time use, and care. She has also done work on gender-aware macroeconomics, particularly in Latin America. Her approach has always been multidisciplinary, and she is equally familiar with quantitative and qualitative research tools. Much of her work emphasizes the importance of framing and of knowledge production from the South.

Esquivel’s latest work focuses on the care economy in Latin America, and on how care policies are designed and implemented. She has been part of the Institute’s LIMTIP research team, working on time and income poverty in the case of Buenos Aires. She recently coedited, with Caroline Sweetman, the issue of Gender and Development devoted to the United Nations’ Sustainable Development Goals (Vol. 24, no. 1, March 2016). Her latest books are La economía feminista desde América Latina: Una hoja de ruta sobre los debates actuales en la región (Feminist Economics from Latin America: A Road Map to Current Debates, 2012) and Las lógicas del cuidado infantil: Entre las familias, el estado y el mercado (The Logics of Child Care: Between Families, the State, and the Market, 2012), coedited with Elizabeth Jelin and Eleonor Faur. Other recent publications include:

Esquivel graduated with honors from Universidad de Buenos Aires, and earned an M.Sc. and a Ph.D. in economics from the University of London. 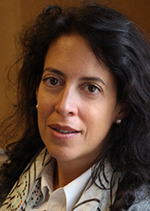