Christopher Jencks is the Malcolm Wiener Professor of Social Policy, emeritus, in the Kennedy School at Harvard University.

His recent publications have dealt with changes in poor families’ standard of living over the past 50 years, changes in the influence of family background on children's economic success, the social consequences of economic inequality, and welfare reform. His books include:

Jencks has taught at Northwestern University, the University of Chicago, and the University of California at Santa Barbara. He was a fellow of the Institute for Policy Studies in Washington from 1963 to 1967 and an editor at The New Republic from 1961 to 1963. He is a member of the National Academy of Sciences and the editorial board of The American Prospect. He received BA and Ed.M. degrees from Harvard. 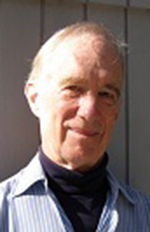