Eckhard Hein is a professor of economics at the Berlin School of Economics and Law and a codirector of the Institute for International Political Economy (IPE) Berlin. He is a member of the coordination committee of the Research Network Macroeconomics and Macroeconomic Policies (FMM) and a managing coeditor of the European Journal of Economics and Economic Policies: Intervention. His research focuses on money, financial systems, distribution and growth, European economic policies, and post-Keynesian macroeconomics.

Hein is the author or coeditor of close to 30 books and has published numerous chapters in books as well as articles in academic journals, including the Cambridge Journal of Economics, European Journal of the History of Economic Thought, International Review of Applied Economics, Journal of Post Keynesian Economics, Metroeconomica, Review of Political Economy, and Structural Change and Economic Dynamics. Among his latest books are: 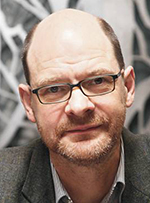