Pinaki Chakraborty is a professor at the National Institute of Public Finance and Policy, New Delhi. He served as chief economic adviser to the 14th Finance Commission of India from May 2013 to December 2014, heading its economic analysis and technical coordination division at the rank of Joint Secretary to the Government of India. He has also worked with the United Nations Development Programme (UNDP) – Nigeria on implementation of the State Economic Empowerment and Development Strategy (SEEDS), initiated by the Federal Republic of Nigeria after its transition to a democracy. In 2012–13, at the request of the UN Millennium Campaign, UNDP–Kenya, he was actively engaged with the Kenyan Commission on Revenue Allocation in reviewing its first-generation formulation for revenue allocation under the 2010 Constitution of Kenya.

Chakraborty has 15 years of research experience in the areas of fiscal federalism, tax policy and resource mobilization, applied macroeconomics, public expenditure management, decentralization, and gender and fiscal policy. He has critical domain knowledge of the public finances of the national and state governments of India, having worked closely with them over a number of years. He has testified before the Select Committee of the Upper House of the Indian Parliament on the 122nd Constitutional Amendment Bill , or the Goods and Services Tax. He has also served on the advisory committees of universities and as a member of research institutions in India and abroad. 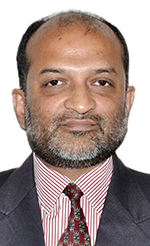