Emel Memiş is a research associate in the Gender Equality and the Economy program. A professor of economics at Ankara University, she specializes in macroeconomics, gender and economic development, and feminist economics. She is a member of the University’s Women’s Studies Center and an instructor in the Gender Studies program, designing lectures on women’s labor. Memiş joined the Levy Institute in 2007, and has recently taken part in a research project on unpaid work, poverty, and time poverty for the case of Turkey. She has been involved with the International Working Group on Gender, Macroeconomics, and International Economics (GEM-IWG) and the Initiative for Women’s Labor and Employment (KEIG) in Turkey, contributing both as a researcher and as an activist on women’s labor and employment issues in Turkey. Her recent publications include: 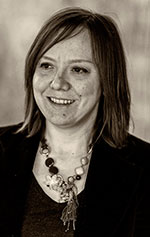