Fadhel Kaboub is associate professor of economics at Denison University and president of The Global Institute for Sustainable Prosperity. He formerly taught at Drew University, where he was also codirector of the Wall Street Semester Program; the University of Missouri–Kansas City (UMKC); and Bard College at Simon’s Rock. Kaboub’s research interests include macroeconomic theory and policy, economic development, international law and economics, and the methodology and history of economic thought. He has published in the Journal of Economics Issues, Review of Radical Political Economics, Review of Keynesian Economics, Middle East Development Journal, and International Labour Review, among other academic journals. His recent publications include: 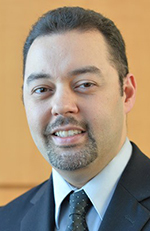