Luiza Nassif Pires is a research fellow working in the Gender Equality and the Economy program. Her research interests include gender and political economy, distributional aspects of gender discrimination, gender and racial aspects of development, and input-output methods. Her recent research relies on statistical equilibrium and game theory to formalize the impacts of gender and racial segregation in the labor movement with an application to the United States. Nassif Pires has also written on intersectional political economy with a focus on the impacts of social conflict for the labor theory of value and the long-run profit rate. She is also collaborating with Prof. Katherine Moos at University of Masschusetts, Amherst on a feminist input-output project.

Nassif Pires has taught microeconomics, macroeconomics, and political economy at the New York City College of Technology and at the Eugene Lang College of Liberal Arts at The New School for Social Research. She holds a BS and MS in economics from the Federal University of Rio de Janeiro and a Ph. D. in economics from The New School for Social Research. 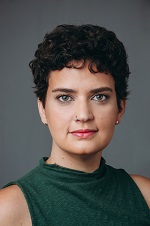