Taun Toay is a research analyst working on macroeconomic modeling and gender-aware analysis. He was a Fulbright research grantee to Greece for 2005–06 and an affiliate of the University of Piraeus, where his work examined the socioeconomic impacts of inflation patterns surrounding the adoption of the euro.

Toay has also served as a visiting lecturer in the economics department at Bard College and co-edited The Burden of Our Times: The Intellectual Origins of the Global Financial Crisis (with R. Berkowitz). His other publications include:

Toay holds an M.Phil. in economics from the New School for Social Research. 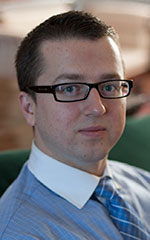