Senior Scholar Nancy Folbre is professor emerita of economics at the University of Massachusetts Amherst, where she taught from 1984 to 2013. Her work focuses on the interface between feminist theory and political economy, with a particular interest in caring labor and other forms of nonmarket work. She has taught at Bowdoin College and the New School for Social Research, and was a visiting scholar at the Gender Institute of the London School of Economics in 1995. She also spent a year teaching at the École des Hautes Études en Sciences Sociales in Paris, sponsored by the French-American Foundation (1995–6). Folbre received a five-year MacArthur Foundation fellowship in 1998, and is a former cochair of the MacArthur Research Network on the Family and the Economy (1997–2003). She was a member of the French government’s Commission on the Measurement of Economic and Social Progress, established in 2008 and chaired by Joseph Stiglitz, and has served as a consultant to the United Nations, the World Bank, the International Labour Organization, the Population Council, and the International Center for Research on Women.

Folbre lectures extensively, and her work has appeared in Science, Social Politics, the Review of Income and Wealth, American Journal of Sociology, Social Indicators Research, Review of Radical Political Economics, Cambridge Journal of Economics, Journal of Human Development, Review of Social Economy, and International Labour Review, among other journals. She is a former associate editor of the journal Feminist Economics (1995–2005), and from 2009 to 2014 was a weekly contributor to the New York Times’ Economix blog. She is the author of six books and has contributed chapters to more than three dozen others. Her recent publications include: 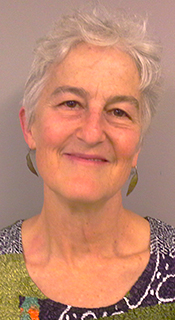