Thomas Masterson is director of graduate programs, director of applied micromodeling, and senior scholar in the Levy Economics Institute’s Distribution of Income and Wealth program. He has worked extensively on the Levy Institute Measure of Well-being (LIMEW), an alternative, household-based measure that reflects the resources the household can command for facilitating current consumption or acquiring physical or financial assets. With other Levy scholars, Masterson was also involved in developing the Levy Institute Measure of Time and Income Poverty (LIMTIP), and has contributed to estimating the LIMTIP for countries in Latin America, Asia, and Africa. He has also taken a lead role in developing the Levy Institute Microsimulation Model.

Masterson’s specific research interests include the distribution of land, income, and wealth, with a focus on gender and racial disparities. He has recently published articles in The Review of Black Political Economy and The Journal of Economic Issues. He serves on the editorial board of The Review of Black Political Economy. He holds a Ph.D. in economics from the University of Massachusetts, Amherst. 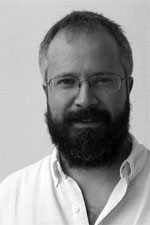